Mike Quinn – Muppet Performer
‘Happy Feet’
Okay so this is a tough one as five years of Muppet Shows is a lot of material.  I had narrowed it down initially to a handful. I had Robin’s Halfway Down The Stairs on my short list. This was in season one and Muppets were hitting it big in the UK a lot earlier than in the States. So much so that this entered the UK music charts and made it to number 7 in 1977. It’s significant to me because it was just when I was starting to obsess about Muppets and just before I first met all the puppeteers at a London radio Station that same year!  Also on the list was Mahna-Mahna. I’m sure I need not say why!

Another moment that blew my mind was Statler and Waldorf singing The Varsity Drag in full length performed Bunraku style! That of course was in the genius Steve Martin episode.
Also they taped a series of English Music Hall songs and peppered them throughout a handful of episodes and even released another single in the UK to go with them. I don’t recall if they were UK spots or not but they were pretty elaborate production wise, so I’m assuming not. The beauty of these numbers were we could see Miss Piggy in her element standing full length on stage singing. We saw wide shots of the audience and Statler and Waldorf. It was one of the very few times we got a feeling of the entire theater filled with Muppets. The numbers were My Old Man, Waiting At The Church and The Boy I Love. Fozzie also took a turn dressed as a Pearly King singing Knocked ‘Em In The Old Kent Road. Lovely stuff.
But I think it comes down to Kermit Singing Happy Feet! It was the opening number of season two’s Madeline Kahn episode. It was pure puppetry and all illusion. Just Jim with his frog in a perfect dance with our imagination. Muppets at their best for sure! So much illusion created with so little. Pure magic! 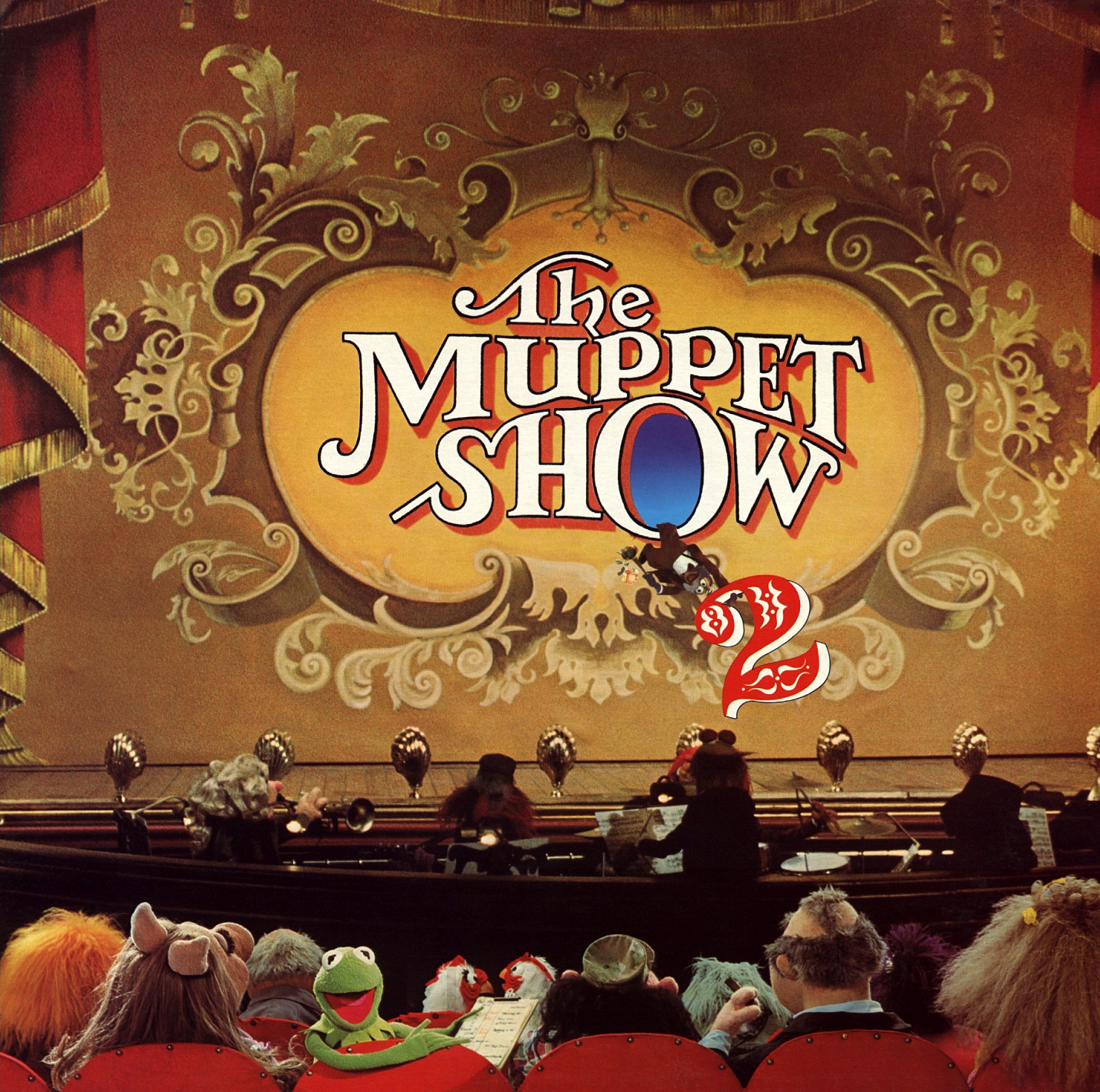 Andrew Spooner – Muppet Performer
The Muppet Show Album 2 (Video Not Available)
It was tough to nail down my favorite Muppet Show moment. I have so many for so many reasons. I think in the end the one that has stuck with me the most is actually from The Muppet Show 2 Album. There was a moment right at the start where Kermit actually talks to the record! He has a little conversation with it. It had me in tears of laughter when I first heard it as a kid. It’s emblematic of the way that The Muppets humor worked. It was anarchic and broke barriers. In many ways it echoes Monty Python and I see a lot of similarities between them. Utter brilliance.
[youtube https://www.youtube.com/watch?v=EfXLBfFhHFA&w=560&h=315]
James V Carroll – Muppet Artist
The Wishing Song
I can’t believe it’s been 40 years. I just composed a commemorative silkscreen poster for the Muppet Show’s 35th anniversary not too long ago.
Most of my favorite memories from the Muppet Show usually involve Gonzo and music. There’s so much more texture to the blue weirdo than just outrageous stunts. I had the privilege of meeting his performer, Dave Goelz, a his Disney Museum speech last month and he told me that the Muppets’ music always came from Jim Henson. So I guess to admire Gonzo’s songs is admiration of both Dave and Jim.
Gonzo has a way of celebrating his weirdness in an empowering way. The Wishing Song was as important to me as Bein’ Green is for many other fans. It’s anthem for the weirdos and I’m proud to be one of them.
[youtube https://www.youtube.com/watch?v=z4ZxxHbJGbY&w=560&h=315]
Mitchell Stein – Muppet Mindset Staff
‘It’s Not Easy Being Green’
I thought hard and long before choosing this as my favorite segment from The Muppet Show, and though it isn’t the comedic brilliance of Pigs in Space or Bear on Patrol, I love this scene for its simplicity. After Kermit is feeling distraught during the Peter Sellers’s guest star episode and his show is in shambles, Kermit sits down to deliver this song about his own-self acceptance and being happy with what he has. Though Kermit sang this song previously on Sesame Street, this version carries a lot more weight and is one of the biggest defining moments in Kermit’s Hollywood career.  It essentially defined the character of Kermit and launched an entire legacy, so when thinking about the impact this song had on The Muppets’ beyond The Muppet Show, there’s no doubt this moment deserves a lot of recognition.
[youtube https://www.youtube.com/watch?v=aTU7nahUw20&w=560&h=315]
Michael Lanzer – Muppet Mindset Contributor
Quongo in the Hawaiian War Chant
I love how mid-way through the number a ‘ding’ sound is played when a penguin is knocked over by a coconut. Each penguin gets knocked down, not before the final penguin escapes out of sight. Quongo throws a coconut off-camera, and we simply here a ‘ding’.

Abigail Maughan – Muppet Mindset Contibutor
A Live Cow in the Muppet Studio (Video Not Available)
A live cow finds its way backstage in the Julie Andrews episode. Of the many excellent jokes spawned by the cow’s presence over the course of the episode, my favorite comes when Kermit instructs Scooter to find out who it belongs to. “Right!” Scooter says. He approaches the cow and asks it earnestly, “Who do you belong to?” I love that moment, because it’s such a fitting response in the Muppet world to, instead of asking anyone and everyone else, ask the cow itself, and to expect an answer. Scooter’s nonchalance and sincerity is what really sells it.
[youtube https://www.youtube.com/watch?v=NWvY1vz-Dzg&w=560&h=315]
The British Correspondent – Muppet Mindset Staff, All Round Creep
Any Old Iron
Greetings from The British Correspondent. I’m taking a break from picketing ABC with grammatically and politically correct signs calling for the reinstating of The Muppets TV series (it’s getting cold out there, but we’ve got overcoats), to bring you my pick of clips from The Muppet Show. True to my roots, I wanted to highlight the musical moments colloquially known as the UK Spots. Where you guys had commercials, we had an extra two minutes and we were more than happy to fill them with classic music Hall tunes. Of course, there’s nothing we love more than putting pears on our coats, bells on our ankles and jangling about to a shanty tune. Here’s one that I perform every evening before bed, Any Old Iron. I shall not go to bed, however, until ABC reinstates The Muppets! Pass the tea!
[youtube https://www.youtube.com/watch?v=yAbWQFM4G24&w=560&h=315]
Sean Bryan – Muppet Mindset Contributor
Chocolate Moose
My earliest and fondest Muppet Show memories stem back to before I’d even seen a full episode of The Muppet Show. Back when I was a kid Disney used to tag little shorts on the end of their VHS tapes, so after watching The Jungle Book or Aladdin for the hundredth time I’d see the Swedish Chef making spaghetti, or chocolate moose. I loved those gags. And I still need to try that mousse recipe!
[youtube https://www.youtube.com/watch?v=IBSWmIr9u-w&w=560&h=315]
Michael Oberg – Muppet Fan
Baby Face
My favorite moment doesn’t include any of my favorite characters, it furthers the plot in no manner, and some may disagree.  It’s the musical number in which the chickens cluck gleefully to the tune of “Baby Face”. The rooster conducting the barnyard orchestra and the simplistic silliness of it all embodies Jim & the crew back then to me.  It never fails to make me laugh and I love it for that fact alone! 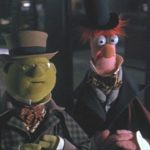 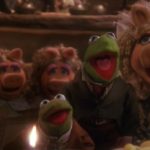 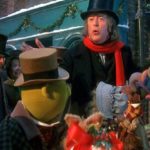